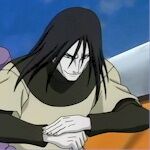 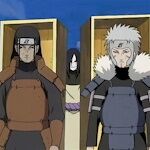 Description: Ninpo • Kuchiyose • Edo Tensei is a Ninjutsu technique which had been Forbidden because of its dark nature. The technique involves the summoning of dead souls from the afterlife back into the real world. Normally Kuchiyose (summoning) involves the use of the caster's blood as compensation for summoning, Edo Tensei is different though. The ninja will first sacrifice a living person to provide the vessel that the dead soul will inhabit. The dead body will then be incased in ash and dirt to resemble the soul of the person that was resurrected. When the ninja wishes to recall the souls, a portal will open in the ground and the caskets holding the bodies will appear. When the caskets open the bodies will be grey and in a state of minor decay. At this point the dead souls are able to remember their past life, but they are at the command of the one who summoned them. One final act will fully wipe out their conscious and make them under the command of the one who summoned them. The ninja will place a 'fuda' (charm/tag) of some form into the head of the body. This will then give vitality back to the body and make it a pure killing machine.

When a portion of the dead body is damaged, the ash and dust will merely return and fix the damaged body part. To stop the Jutsu you must either seal the soul away or give the soul closure.

Based on: Ninpo • Kuchiyose no Jutsu - Tensei no Jutsu.

Community content is available under CC-BY-SA unless otherwise noted.